Over the last seventy years, with extraordinary speed, almost all humanity is acquiring a planetary consciousness that was virtually completely lacking previously. As human beings, we are understood to be the crew of a vessel, the planet Earth, which travels in the space. We understand that we have only two choices: to cooperate in taking care of the ship and let it remain hospitable so that the journey continues well; or to drift, destroying one another.

Planetary consciousness is a huge step forward for humanity. Although there are still many people who profess or pretend to ignore it, this step is one of the basic developments of our present civilization. Nobody can shirk it, including the people who affirm that the planet has the property of self-regulation and regeneration and that humanity is not obliged to be responsible for it.

How to overcome these resistances, negations and manipulations, which hide the real motive of personal, self interest? Will the environmental movements be sufficient? Will the alarm bell of young generations – who look at their future life on this planet – be enough? These are certainly positive forces but, if we pay attention to what comes out from the teaching of Agni Yoga, we find a further impulse as how to straighten the helm of our vessel: it is necessary that humanity acquires a cosmic consciousness. Thus it is necessary to be aware that the Universe is a Cosmic Oneness and that the Earth is like a cell of a huge organism: if we live playing our role in total harmony, we shall be able to live well with the right love for our home. On the contrary, if we  destroy ourselves and  our planet, we shall become as a cancer cell in a human being, which sooner or later will cause its own expulsion out of the evolutionary cycle, as happened long ago to the moon.

However, it is not only a matter of survival, trying to preserve as much as possible of our old habits. Cosmic consciousness carries two fundamental consequences for the future of humanity and Earth: the attainment of the spiritual unity, that is the coming of the soul kingdom and Common Good, beyond the narrow, selfish interest; and the participation in the work of cosmic building, as a working cell in a continuous building site.

Planetary consciousness is not sufficient to attain the spiritual unity of humankind and to conquer a larger house, the Cosmos, of which the Earth is only a small room. It is necessary to start to think to have a cosmic consciousness. It is most probable that, when this consciousness is reached, the Cosmos will become our home and we shall move in it with an easiness unthinkable today. 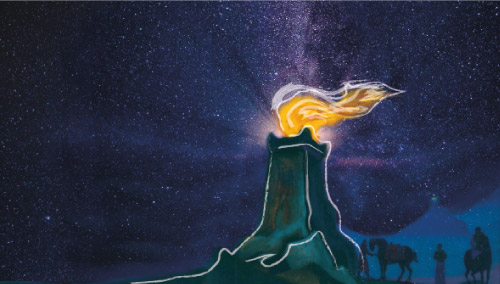 Science marches ahead with such gigantic strides that the next step will soon be realized, namely, that of collaboration with the Cosmos. Then cosmic consciousness will cease to frighten even obvious ignoramuses, and will become a normal factor (…) then will spiritual unity come into being…

The Italian Society of Agni Yoga and The Community of Living Ethics are collaborating for the realization of this important event that celebrates the first 100 years of spreading the Teaching of Agni Yoga and wants to focus attention on the relationship between Man and the Cosmos.

By sharing thought, experiences and feeling we will try to understand and experience together, through the teaching of Agni Yoga, what the cosmic consciousness is and how the single consciousness can become a part of it.

To learn more about this event go to

where you will find all the information about the Program, payment options, accomodation, how to register and more.